During my three years at Google Daydream I worked almost exclusively on R&D projects. It was creatively-rewarding work, but unfortunately it remains proprietary, so I can’t include it in this portfolio of case studies.

Midway through my tenure, the Queen Rania Foundation sponsored me on a trip to Amman, where I co-lead a design sprint with a Jordanian edTech company called Edraak. It was a whirlwind engagement, both literally and figuratively a world removed from my Mountain View routine. For me, it was a callback to the sort of work I had done previously as Creative Director at Cognotion. There one of our biggest contracts had involved creating e-Learning job-skills training courses for the Kingdom of Saudi Arabia. Edraak had been part of that effort as well, so the Google trip was a chance for me to finally meet some people with whom I had remotely collaborated several years earlier.

Our mission was a critical one. The Syrian war had sent a flood of refugees streaming into Jordan, and the small country was struggling to assimilate the influx. School systems were poised to accept refugee children, but the kids had to be assessed before they could be placed, since many had missed up to two years of instruction.

Edraak had a successful track record creating e-learning courses for teens and adults, but they lacked experience creating content for younger, less literate users. Our team’s job was to understand the needs and challenges of the target users, prototype an interactive solution, test it and create a development plan–all in the space of two weeks.

Visiting the Zaatari refugee camp, 20 kilometers south of the Syrian border, was both sobering and inspiring. School there consisted of trailers with PC workstations, courtesy of the UN. Many of the kids suffered from PTSD, but they were highly motivated: they understood that education was their ticket back to the world.

Despite their impoverished circumstances, we discovered that kids in the camp generally had access to smartphones, with service provided by semi-illegal makeshift wireless networks. We set about designing a personalized e-learning app. Each user could engage with the app at her own pace, to make up for lost schooling as quickly as practicable. The app would incorporate formative and summative assessments to help administrators subsequently integrate her into a school.

Google has an established methodology for running Design Sprints (I had been through the training, so I had earned the title of “Sprint Master”). We stuck closely to the script, though we expanded it somewhat to suit the ambitions of the project.

First comes fact-gathering: in addition to on-the-ground interviews, we performed a competitive analysis and enjoined members of the Edraak team to give “lightning talks” on aspects of their process. From this material we generated reams of “How Might We” questions, distilling the challenge down into concrete questions. We organized these into like groupings, and gradually a design emerged. 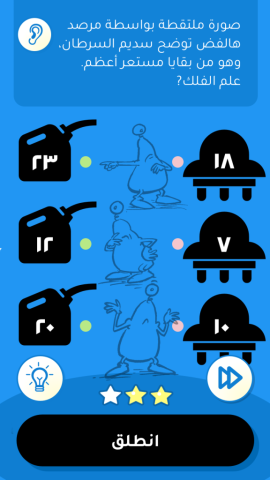 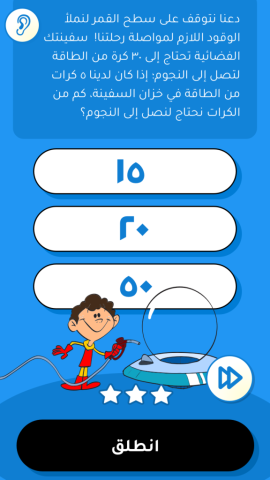 Our building blocks would be tried-and-true learning-activity interactions: multi-choice, matching, drag-and-drop ordering, etc. But these exercises would be contained within templated story wrappers, which would motivate game-play and set up entertaining reward animations.

Over the course of several marathon sessions, we worked together to package our ideas into a polished interactive prototype. We built vector art assets and utilized Sketch to lay out the boards. We employed Principle to add the interactivity and port the prototype onto mobile devices. When we showed the result to our test-subjects, their enthusiasm validated our approach.

Our deliverables to the Edraak team included a PRD and product specs, in addition to the prototype itself. The team went on to build the product and launch it the following year.

While it lasted, the Sprint absorbed our every waking minute. It was intense and stressful, and over too soon. Some of the friendships I made during that fortnight have endured to the present day–as has my love for Jordanian cuisine. You haven’t lived until you’ve tried mansaf…ideally with a glass of Arak.